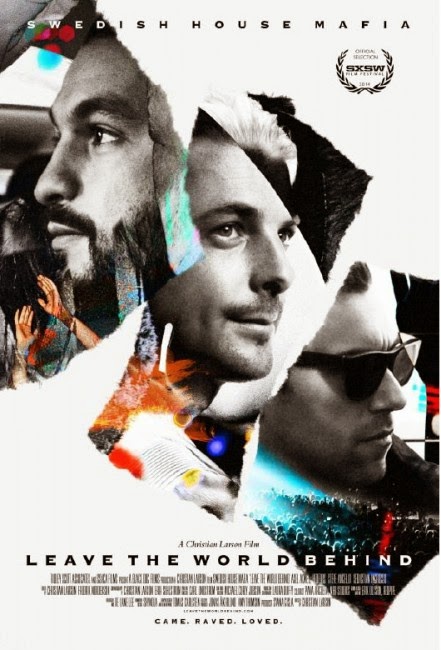 
This music documentary tracks the final world tour in 2012 of house-music beat combo Swedish House Mafia, a massively successful alliance between three producer-DJs – Sebastian Ingrosso, Steve Angello and Axwell (né Axel Hedfors) – who decided the tour would be their swansong before they disbanded for good. Very much an in-house-made, authorised portrait, the film does a solid job of capturing the sweat, spectacle and subsonic kick of the live performances, but delivers only a sanitised version of why they're splitting up. Clearly, "creative differences" (which usually means participants can't stand the sight of each other anymore) have sundered the alliance. However, unless one is as passionate as many of the fans interviewed here are (a suspiciously high number of pretty girls feature in the closeups), it's hard to work up much sympathy for interpersonal conflicts of three nerds who became incredibly rich party boys and then sort of grew up. Still, the editing-music syncopation is razor-sharp.